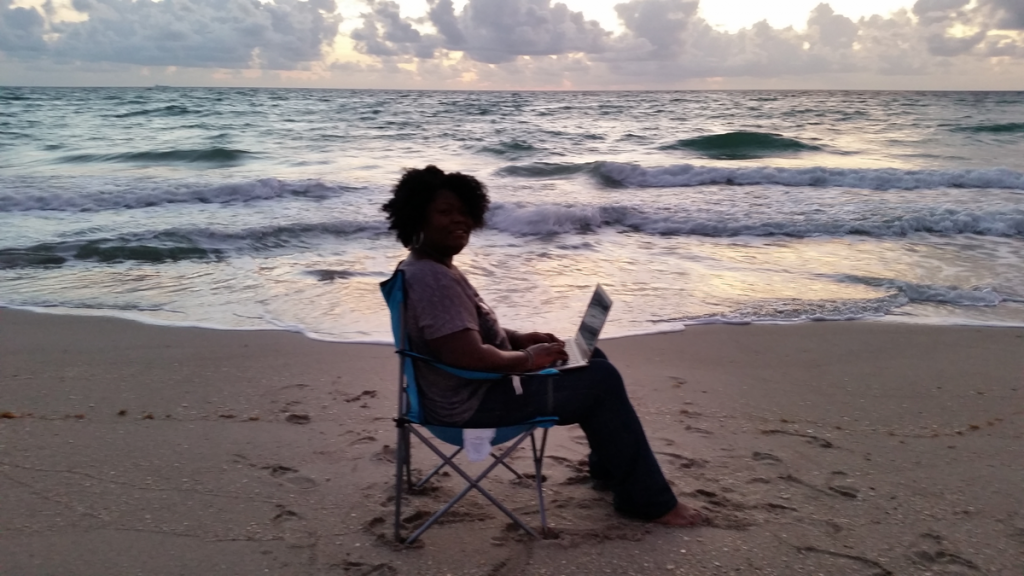 Do you remember when you first dipped your toes into the “online business” pool?

Maybe a better term would be whirlpool… or ocean… or freaking white water rapids. LOL. This thing is no joke!

But do you remember?

Do you still remember the excitement?

Or were you scared?

Maybe you're just starting so it hasn't been that long.

Just like with anything, there are some aspects that nobody tells you when you're starting.

For most folks, I don't even think it's intentional… it's just that you're so deep in it that you forget sometimes what it was like to start.

There are some things that I wish somebody had told me when I first started. And be forewarned… they're probably not what you think.

And in a minute when I tell you what they are you're probably gonna look at some of them like “Really? THAT'S what you wish you'd known?”

Shoot, when I started online in 1998 I was like a cow staring at a new gate… clueless. (gosh that seems like FOREVER ago… just saying 1998 makes me think of Back to the Future or something). At the time of this writing, this December will be 23 years!

I didn't know much except that I wanted to have my own business and I wanted to sell books (I'm a book nerd and back then Amazon wasn't the BEAST that it is now).

My business needed to be online because I was working full time (I was about a year out of college and my boring engineering job was not letting me be great).

So I did what any self-professed geek would do… I taught myself HTML and ColdFusion and built an online bookstore. It was ugly… but back then I thought it was BEAUTIFUL. 🙂

Eventually I took that online biz offline too and had both the online bookstore and a physical location.

Here are a few pics (those rabbit ears though!)… That's where my love for online business began and it hasn't stopped growing since.

In the online world there are always like 10 different ways to do the same friggin' thing. LOL

Sometimes I feel bad for the people who ask a question in a Facebook group and get like 75 replies all telling them to do something different. Can you say problem NOT solved?

In any case, what I wish someone had told me when I started are actually simple things (mostly)…

1. Don't start if you're not willing to accept some failures and keep going. In this business you have to test everything, keep what works and toss what doesn't. Sure, everybody has “formulas” that work (heck I do too) but no one thing works for everybody. So you have to reframe failures… they're just lessons. Some more painful than others but they are all lessons. It's just research.

2. Start small and scale. Never throw all of your money into something you haven't tested. For example, when paying for traffic to your website or offers… test your audience, test your ads, test your copy, test your landing pages… start with a small budget, see how it goes for a few days and then scale it up.

3. 99% of the time the expenses you are creating are unnecessary. Start with getting CUSTOMERS. Pour your time, money and energy into THAT. Get sales first!

4. Simple makes money too. Often more money than complicated ever does. Just keep it simple superstar. 😉

5. It's ok to be you. It's ok to be transparent. It's ok to be laid back if that's who you are. You can be you without compromising excellence and that's what will make your business fun, not just another job. People relate to people, not personas.

7. How you start is how you will be expected to finish. Meaning don't start something that you cannot sustain because you were looking at “right now” and not longterm effects. What you allow people to do will continue. It's you're business. You set the rules based on your boundaries.

8. Always take time away from your business to BREATHE. Your creativity and productivity will suffer if you don't.

9.  Always have contracts and systems and do not deviate. You have them for a reason. When you deviate, it's bites you in the butt.

10. Be decisive and take action quickly. Ideas without action just turn into shouldas, wouldas and couldas. Do your due diligence, decide, act.

11. Focus, focus, focus. Decide what you will be great at. What you're expertise will be and do that. Doesn't mean you can't add other things later but while you can chase more than one rabbit at a time, you'll probably catch neither, right?

12. Saying you serve everybody means you serve nobody. And having a niche often produces bigger profits than trying to serve everyone and anyone. Knowing who you're target audience is down to the minutest detail is like throwing gas on a fire. You'll make better decisions… faster. You'll implement faster.

14. Systems and repeatable processes will be your best friends. Document everything. Pay now (by investing the time) or pay later (by wasting money).

15. It's ok to be different and not follow the crowd. Just because the whole world seems to be doing something doesn't mean that you have to do it too. Always understand who you're selling to and what they want/need. Then do what works for you and your business. Blindly copying gurus, jumping from one coach to the next and trying to fit square tactics into your round business just because it's what “everyone” else is doing only leads to frustration and empty pockets.

Good intentions without implementation is a recipe for heartache and disappointment.

On the flip side, having clarity is priceless. When you have clarity, you can implement faster and reach your goals quicker. It's priceless.

What would you tell your “just starting out self” if you had the chance?